If I lived in Russia I would be ALL OVER THIS.  I already reenact, portraying an American War of Independence era Brunswicker ("Hessian"), but I would love to do this some day...
Posted by Scott at 7:17 PM 2 comments:

Still on vacation, I made my annual pilgrimage to the Metropolitan Museum of Art in NYC with my son Matthew today. The only picture I have with myself in it is me standing in front of Messonnier's painting, Friedland: 1807, an image that depicts Napoleon at the height of his success. Matthew took the photo. 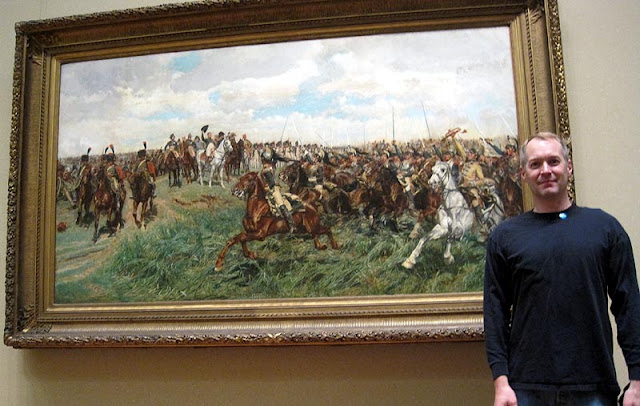 Help me pick a unit!

Now that I've ordered the army, I need to figure out what to do with it; that is, what historical Russian army do I want to model. Generally I keep my wargame armies relatively "generic," so I don't paint myself into a corner. For example, my Flames of War armies are "Soviets" and "Germans." I don't try to model a specific division or anything like that.

But Napoleonics demand a bit more detail. Units have all kinds of insignia that you need to nail down by picking a specific unit - what color shoulder straps do they wear? How about the piping and trim on their uniforms? And which flags will they carry?

The figures themselves are wearing relatively "late" uniforms, so I'm restricting myself to a post 1812 army. I am probably going to go with modeling a Division from either Borodino or Leipzig.  I am, of course, open to suggestions.

As an aside, I'd like to apologize for having left this blog lying unused for so long. I was just too frustrated with my British to post anything. Hopefully the arrival of my Russians will keep me motivated to post more! And although I don't want to call it a New Years' Resolution, I do intend to focus on a specific task - that Russian lead mountain...

In a fit of what is clearly madness, I ordered the Wargames Foundry Russian Grand Army Deal.

Now the trick is to make (unpainted) this: 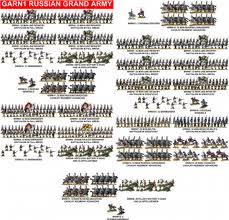 For want of a good red.

Despite having finished that WWI German army, my progress on my British has been severely lacking.

Because I can't paint a good British red.

I know, it should be simple.  But the techniques I've used to paint red on other armies in the past haven't transferred well to the British.  They look downright sloppy.

I'm seriously considering another army instead.  Russians have been catching my eye lately; I think I read War and Peace one too many times, and have listened to too much Tchaikovsky...
Posted by Scott at 8:03 PM 1 comment:

Here's my WWI German army.  28mm scale.  They're a mix of Renegade and Great War miniatures.  They're "Late War," intended to represent the army at about the time of the 1918 Spring Offensive.

I initially intended to flock the bases, but I may leave them bare mud.

And, yes, I have a larger British army nearing completion. 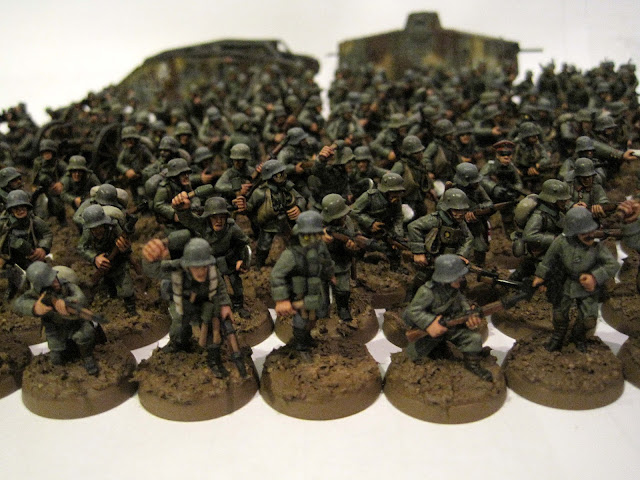 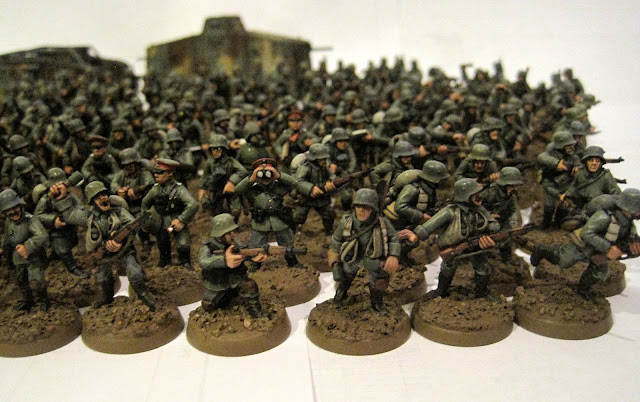 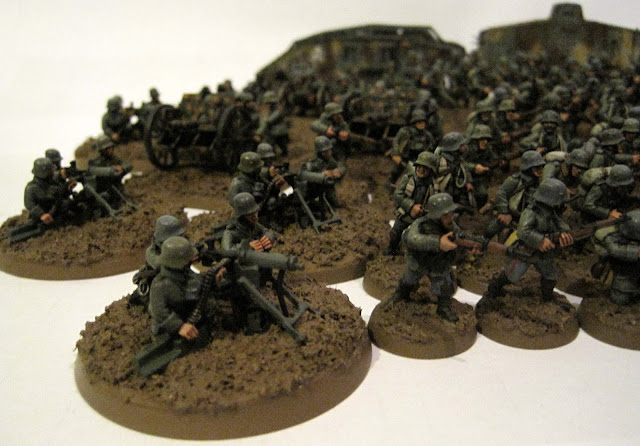 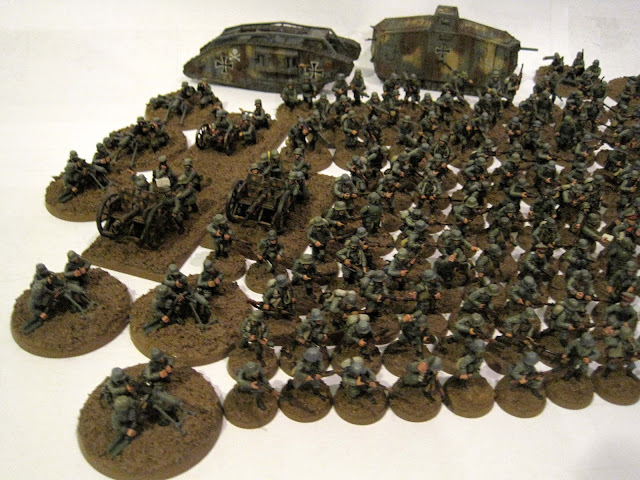 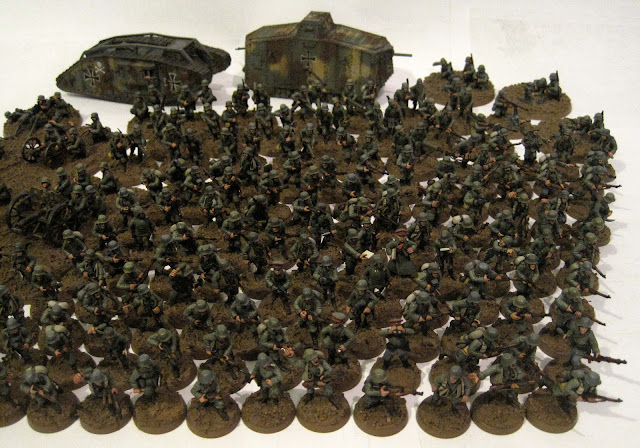 First of the Imperial Roman Legionaries

Like any wargamer I have entirely too many projects in the works. While working on basing those (seemingly never ending) WWI Germans I came across another work-bench project, my Imperial Romans. I have quite a few of them, with a complimentary number of Celts; one day I’d love to play a good Romans v. Celts game. I have ~80 Legionary troopers finished, and a shelf full of "in progress" models...

Here’s a quick picture of one of my Legionary units, with a close-up of their Centurion. I have yet to put any texture or grass on their bases – once I figure out a good recipe for those WWI Germans I’ll also use it for Ancients and Napoleonics... 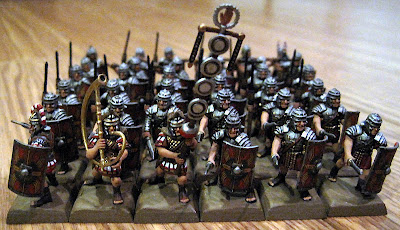 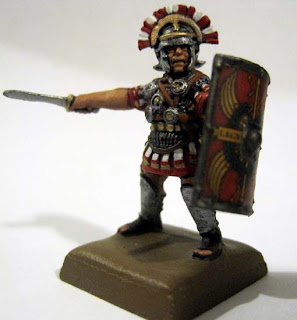